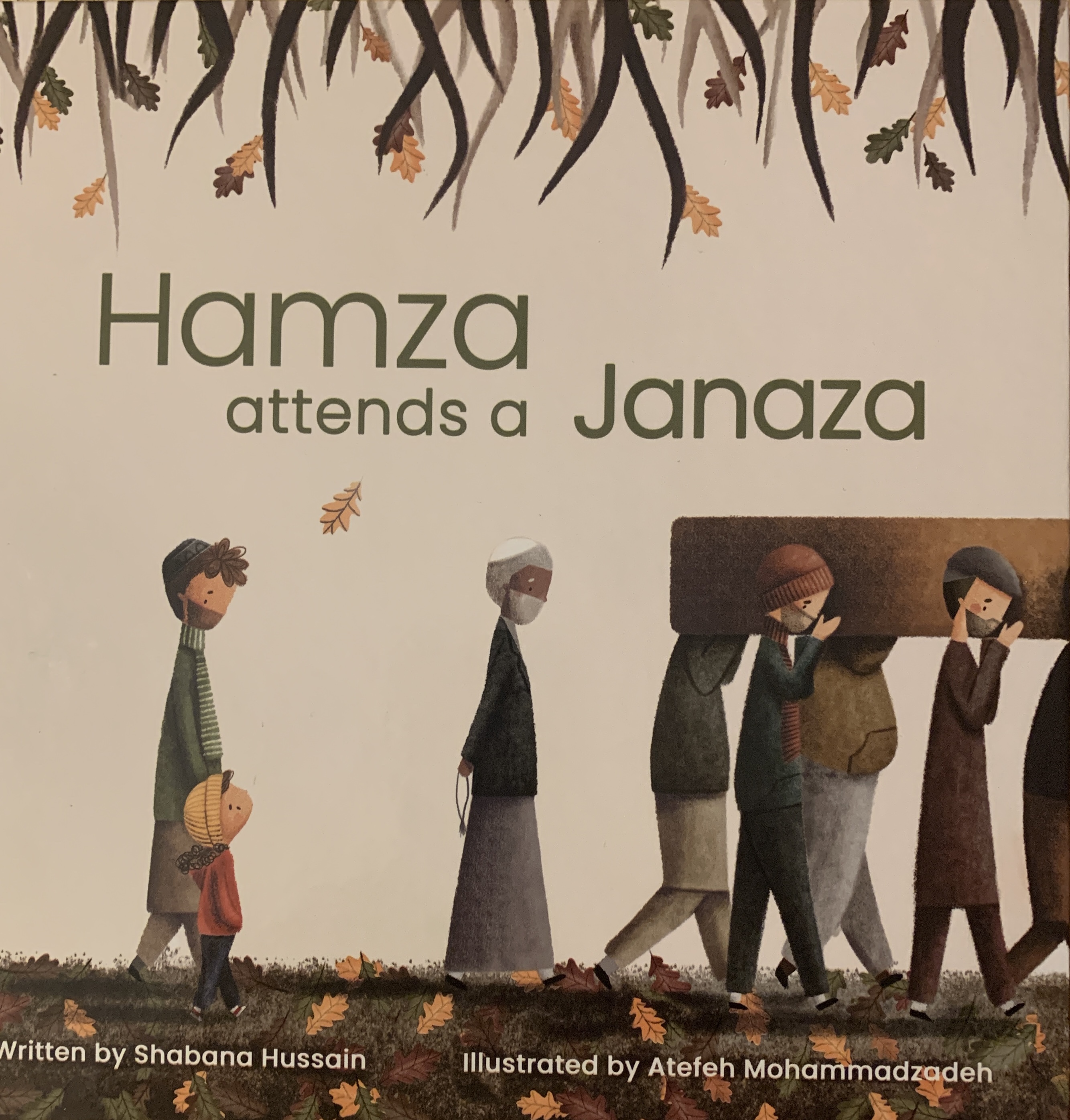 For years it has been noted how few children’s Islamic books about grief and loss are available, and while numerous titles have come out in the last few years, it wasn’t until I saw this new book, did I realize how desperately we were in need of a book on janaza.  I love that the author establishes on the first page that this book is not focused on grief, but rather about death, the burial, and preparing to meet Allah (saw) in the hereafter with our deeds.  The beauty is that while the topic is critical and needed, the story is also well done.  It may not focus on emotion, but it has a lot of heart and tenderness, thus making it a wonderful addition to all book shelves for children preschool and up as a brief introduction to how Islam views death, the rituals of burial, and the worship that surrounds it. Packaged with clear text, robust backmatter and absolutely adorable illustrations, I am very happily impressed with this book. 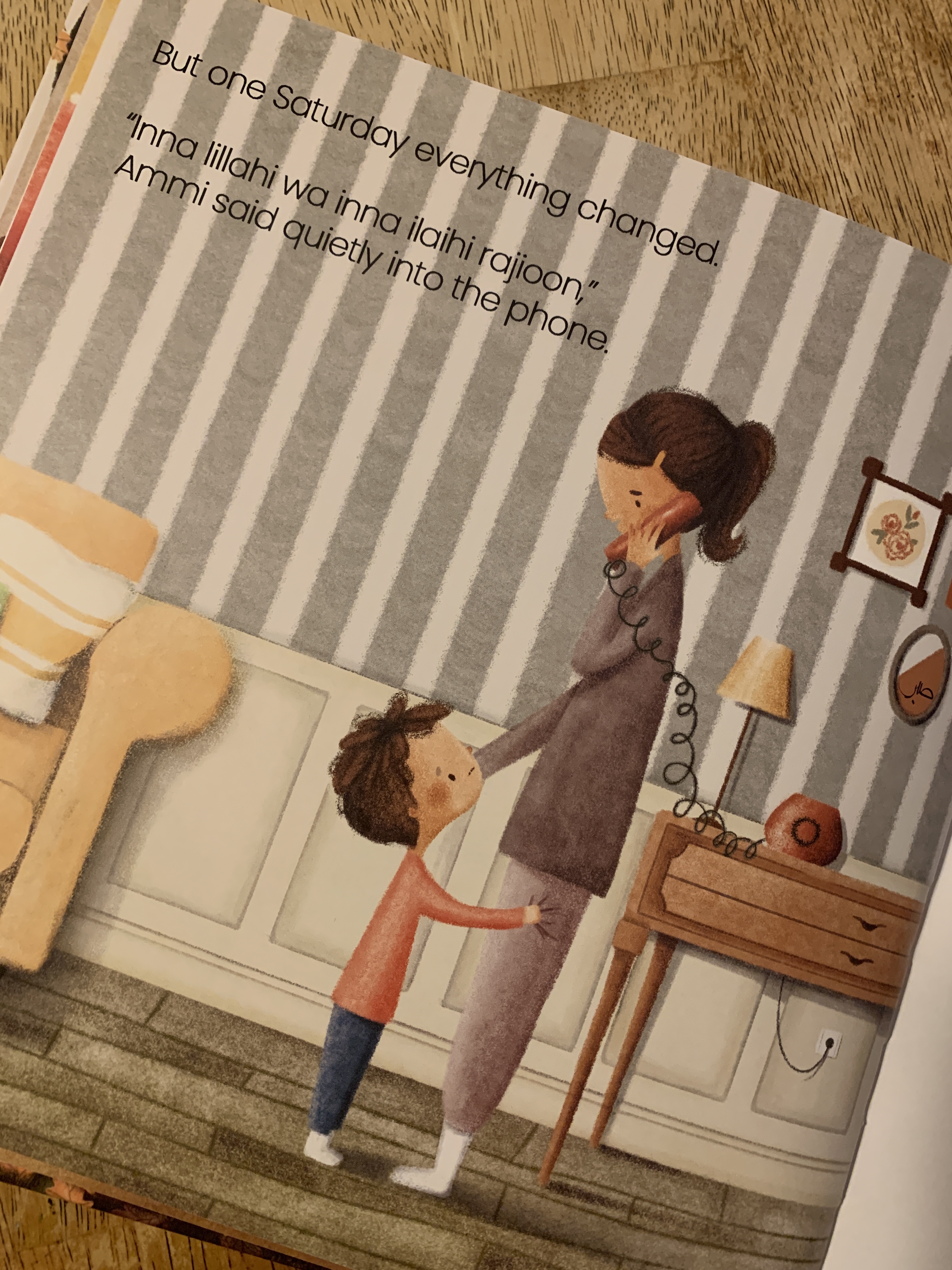 The book starts with Hamza telling about his favorite day of the week, Saturday, the day he spends with his Nano-ji and cousins, but one day all that changes when his mom gets a phone call about the loss of a community Uncle.  Mom says, inna lillahi wa inna illahi rajioon quietly in to the phone and Hamza knows something is wrong, but doesn’t quite understand why the passing of Uncle Sameer, the owner of the local sweet shop, means he has to attend a janaza instead of going to his grandfather’s house. 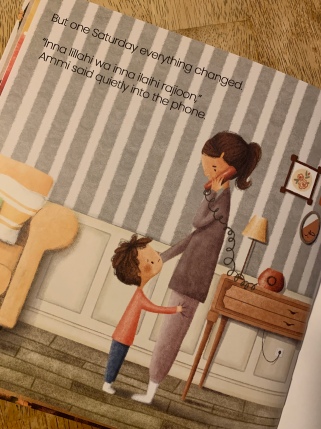 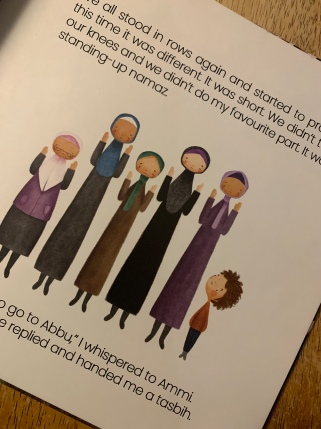 Hamza’s parents explain the reward of going, and remind him that we all have to leave this world one day. They recall Uncle Sameer helping bandage his knee when he got hurt and gave him a lollipop.  Once in the car, Hamza wants to know what is going to happen.  His parents explain the ghusl and the body being wrapped in the kafan and the body being put in the ground. 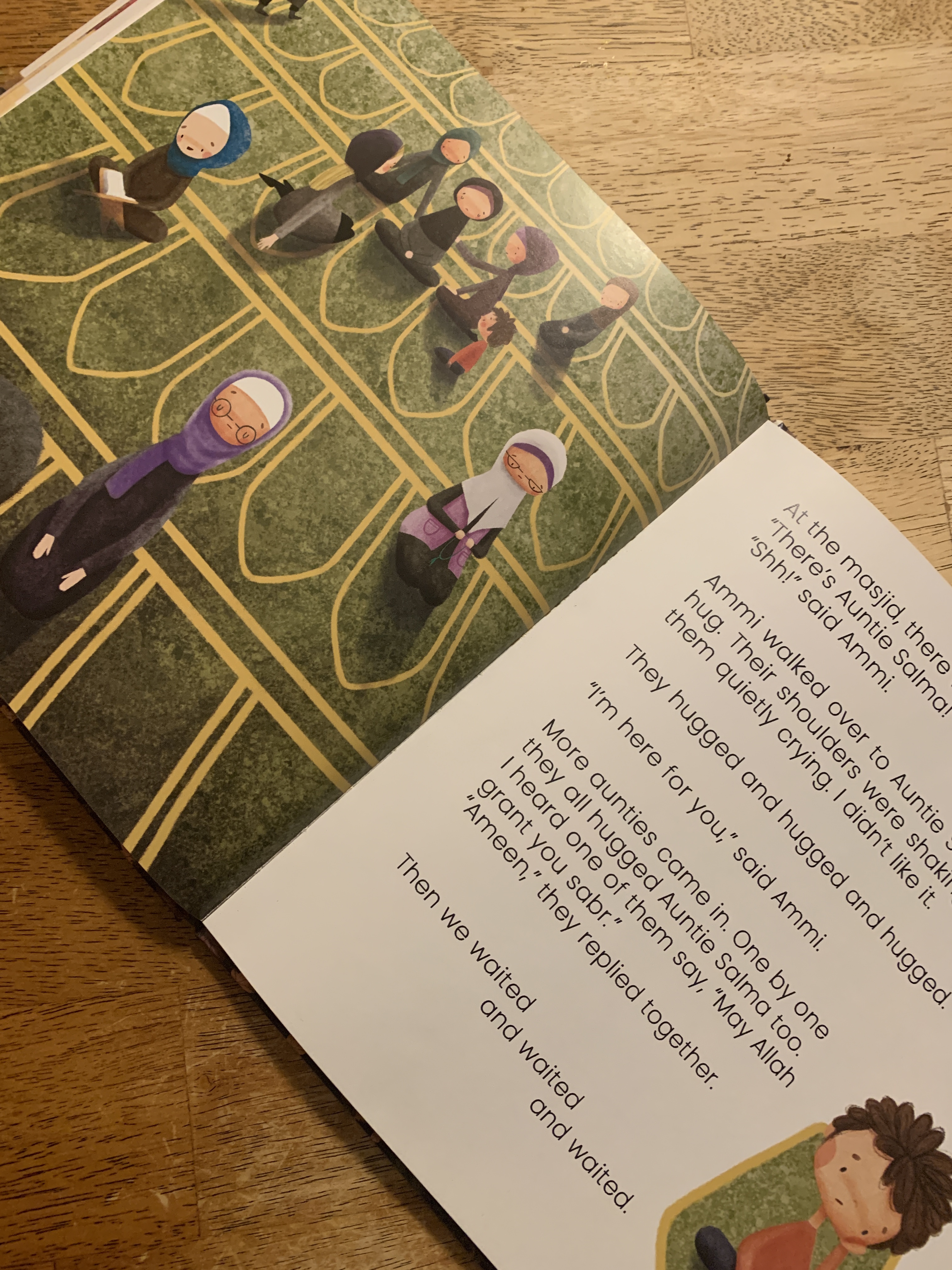 When they get to the masjid there are a lot of aunties on the women’s side, including Auntie Salma who everyone is hugging and reassuring.  After dhuhr the janaza begins, but it is a standing up namaz, and is very short, and Hamza is confused. Later outside the long box is loaded into the car, duas are made, and the body taken to the cemetery.

At the graveside, more duas are made, and Hamza worries that Uncle will be lonely.  When his father explains that his good deeds will keep him company, Hamza remembers the kindness Uncle Sameer has shown him and makes duas. 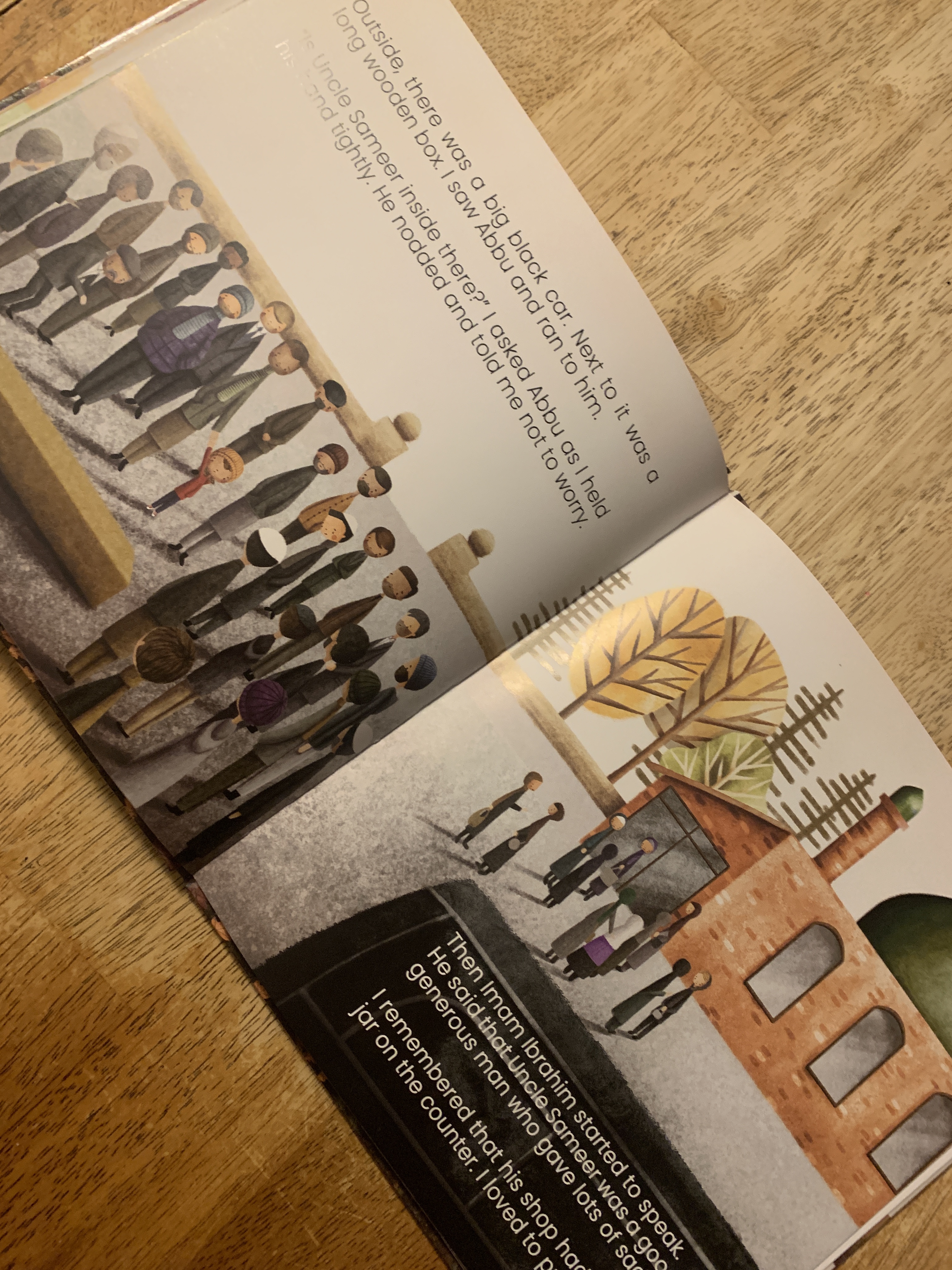 The backmatter contains hadith about what still benefits those that have died, reward for attending a janaza, a glossary, discussion points, suggested activities, and duas.  The book is a great starting point to introducing death, rituals, and answering questions any child might have in a gentle manner.

I bought the book from Crescent Moon Store