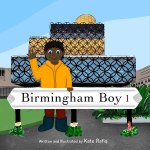 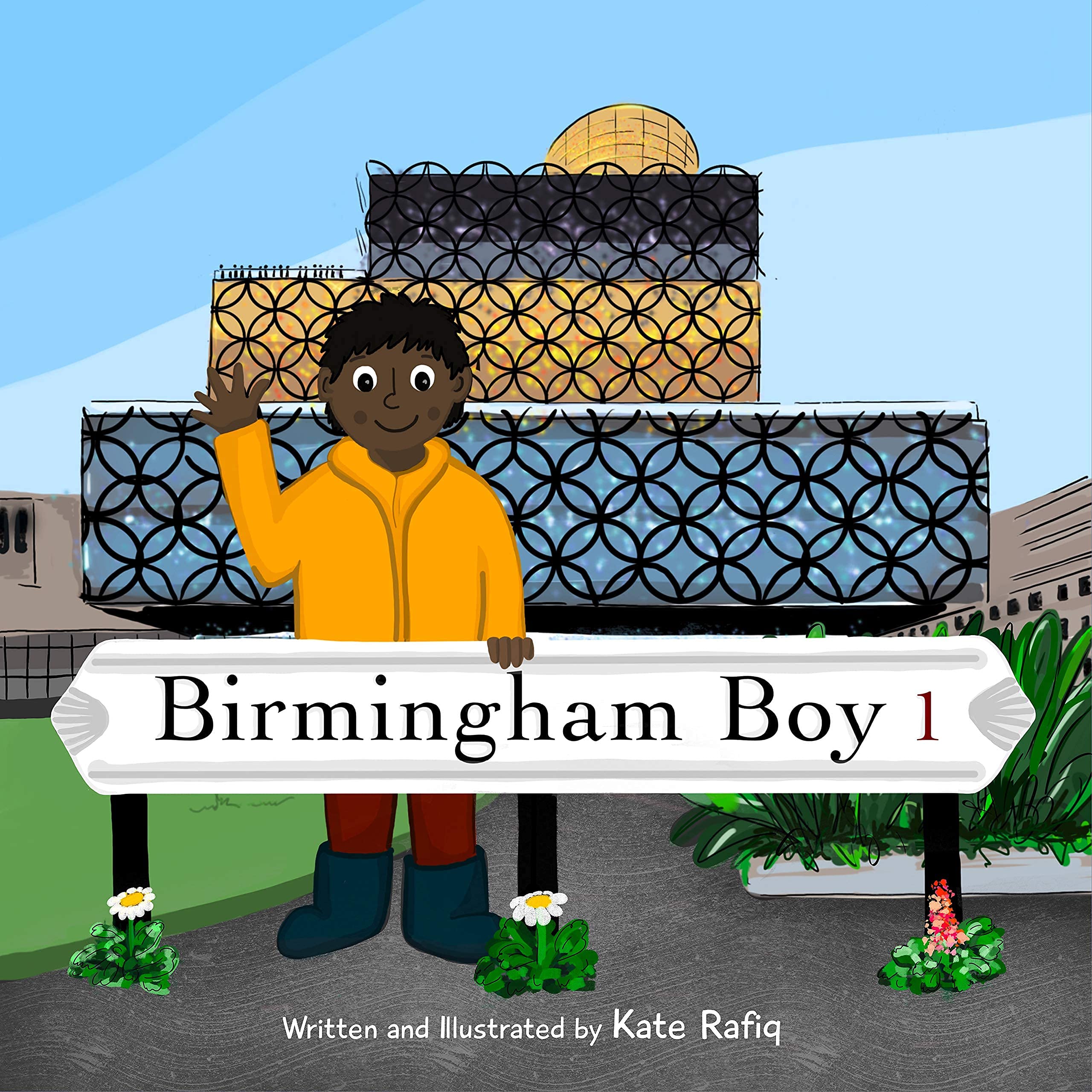 This 36 page ‘day-in-the-life-of’ book, follows a young boy and his mom on a day out and about in his city of Birmingham, England. Told in rhyme a few Urdu words are sprinkled in as general city observations are made, fun is had, and kindness is shown. The book touches on homelessness and protests, and the illustrations take the story deeper and show support for Black Lives Matter and Palestine, multiple hijab wearing women (#muslimsintheillustrations) throughout the city (including a burkini swimming mama), storefront signs acknowledging a diverse community, street artists, and different races, religions, and cultures everywhere. 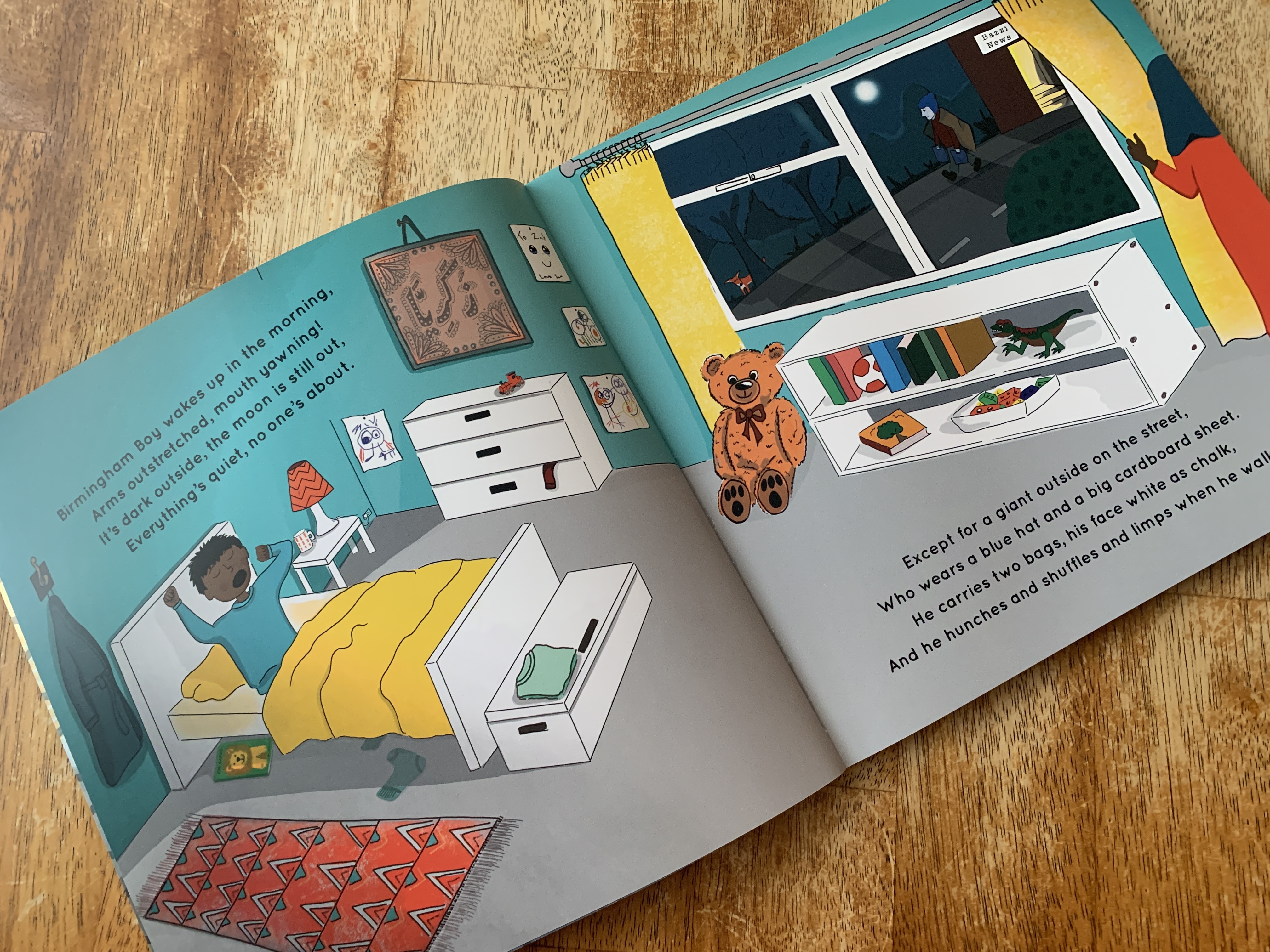 The book starts off with Birmingham Boy waking up, based on the Arabic signage in his room, I’d guess his name is Zakariya, everything is quiet and still- except for a giant that he sees outside his window.   He refers to the homeless man throughout the story as a giant, it doesn’t seem to be a negative description, nor is the boy scared, he shares food with him at one point, it is just what he refers to him as. 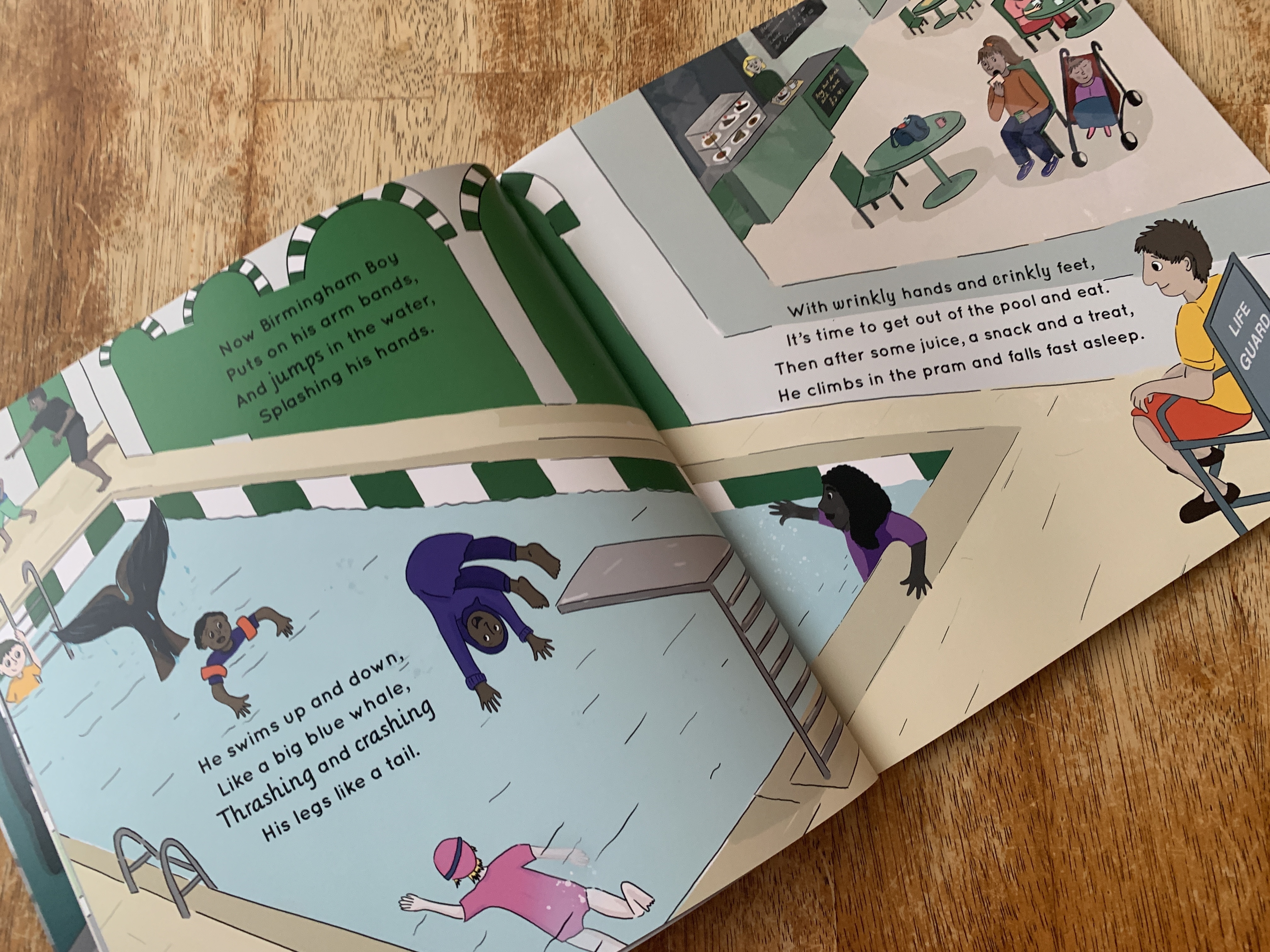 He then heads downstairs for breakfast of toast and dudhu (milk), before getting in a pram and heading out in the town.  They go past the deli and the flower show, and the giant on his cardboard mat.  They see someone getting their hair cut at the barbershop and they arrive at the swimming pool. 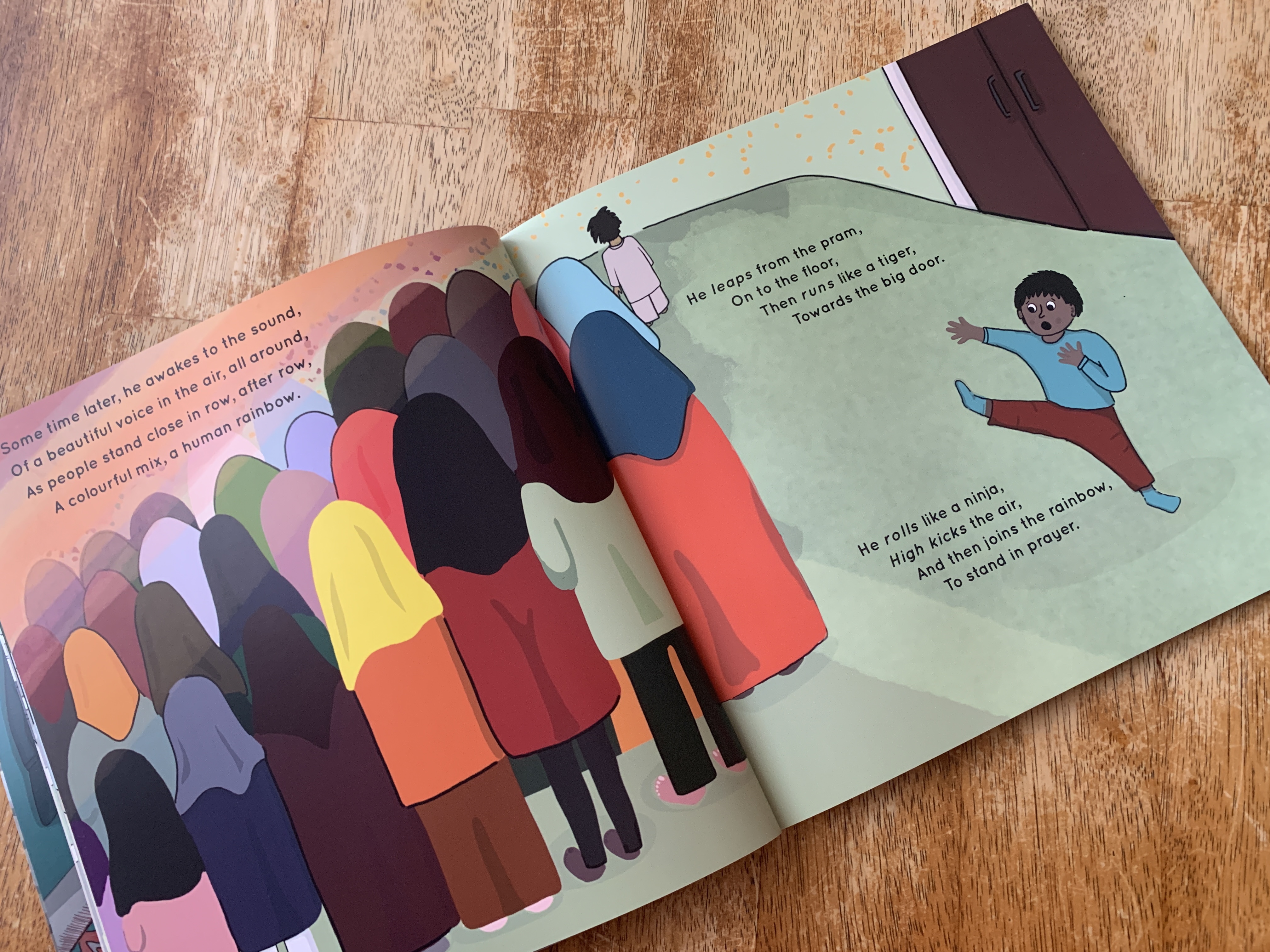 The mom and son swim and play and Birmingham boy takes a nap in his stroller as his mom and he head off to their next location.  He wakes up to the sounds of the masjid and sees his mom praying.  He plays and then joins her in salat. 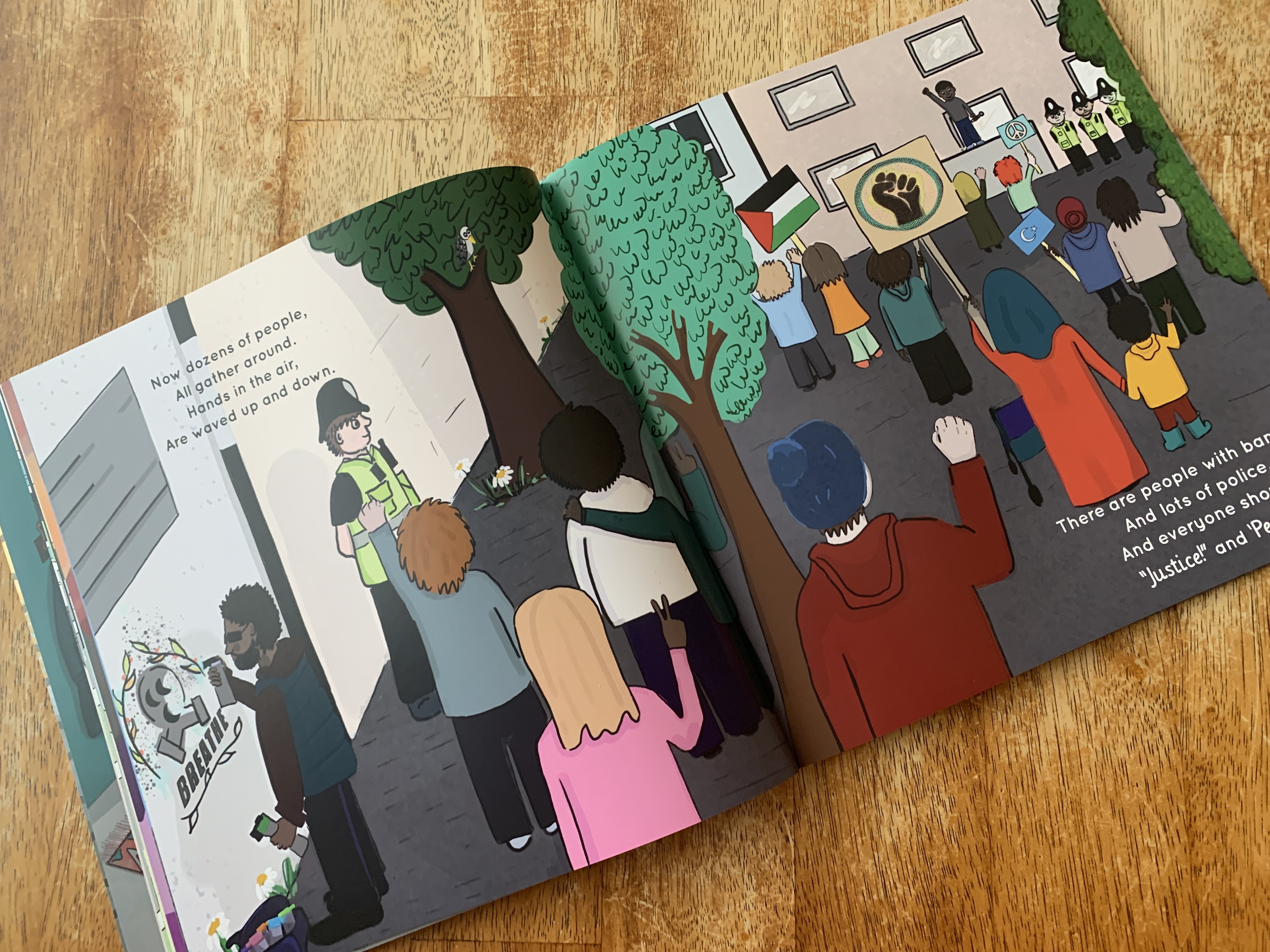 After the masjid it is off to a cafe for cakes and tea, which they share with the giant, before they head off to a rally for justice and peace.  The book carries on in this sweet style of visiting places and interacting with the community until ending with a bath and dinner and getting tucked in to bed for the night. 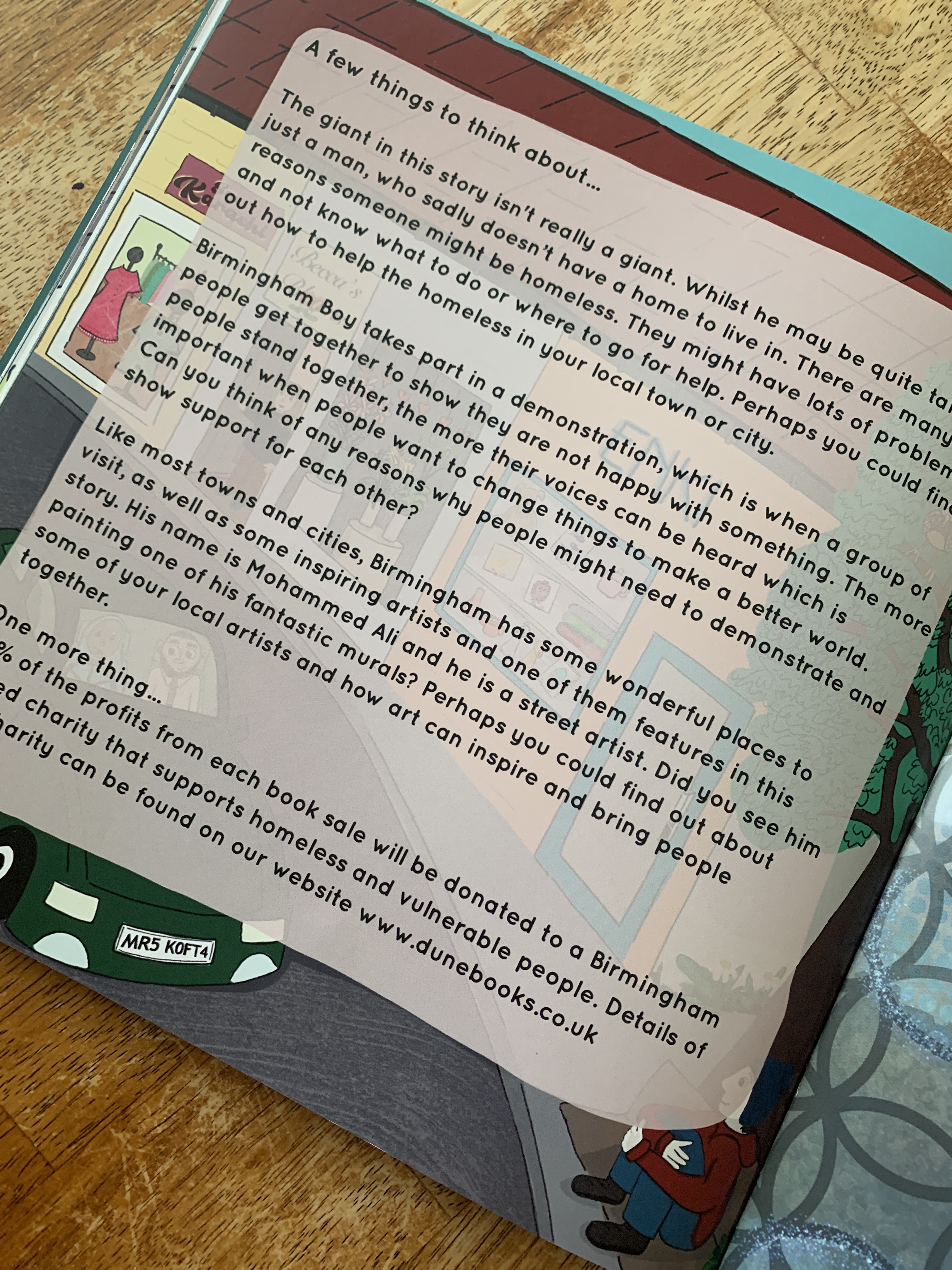 Being American and living in Birmingham, Alabama, my kids and I also learned about the sights of a different Birmingham and they got to learn some British words such as pram and wellies.  I loved the inclusion of Islam in their daily life and the joyful illustrations. 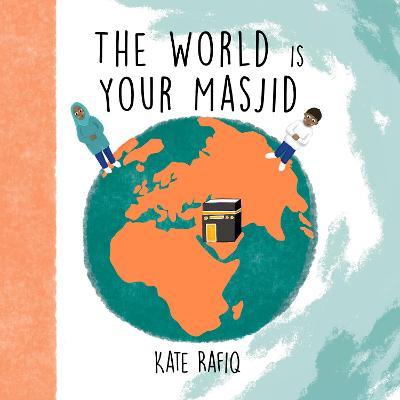 This 30 page preschool to early elementary aged book is a simple rhyming book that reaffirms all the places we can pray and touches on those that we shouldn’t.  The engaging illustrations and relatable scenarios make the book a great choice for bedtime stories and small group readings. 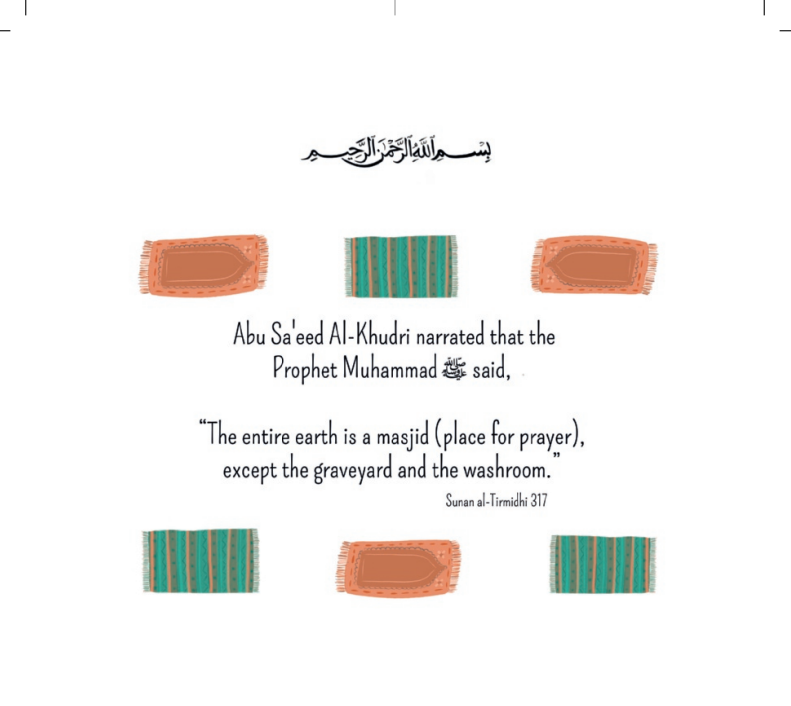 The book starts out with a hadith, “The entire earth is a masjid (place for prayer), except the graveyard and the washroom” (Tirmidhi-317) and points out that one must pray five times a day. 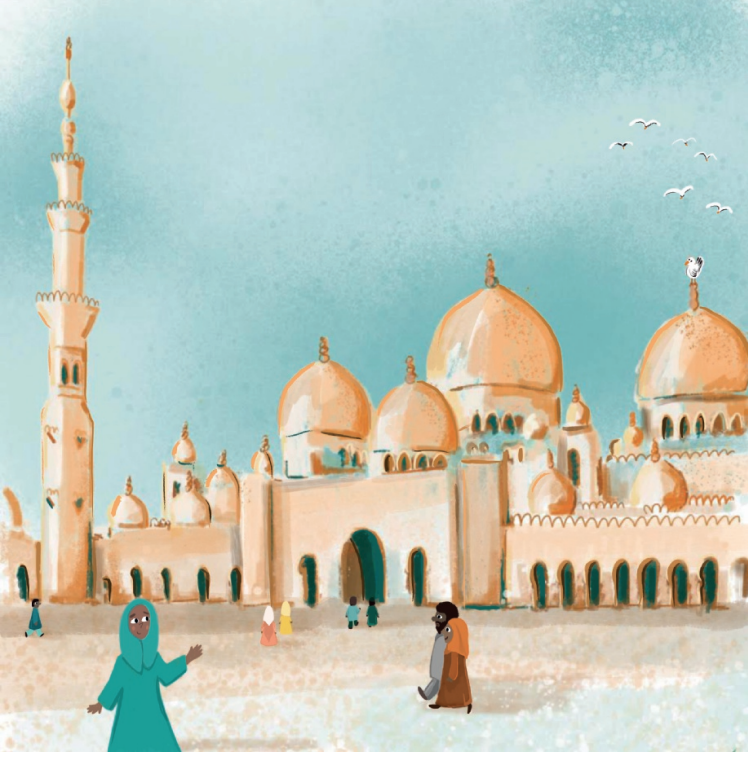 It establishes that if you pray it a mosque you can follow the imam, but not to worry if you cannot, because you can pray (nearly) anywhere: a field in the rain, school, a train, a garden, a shed, even when sick you can pray in your bed. 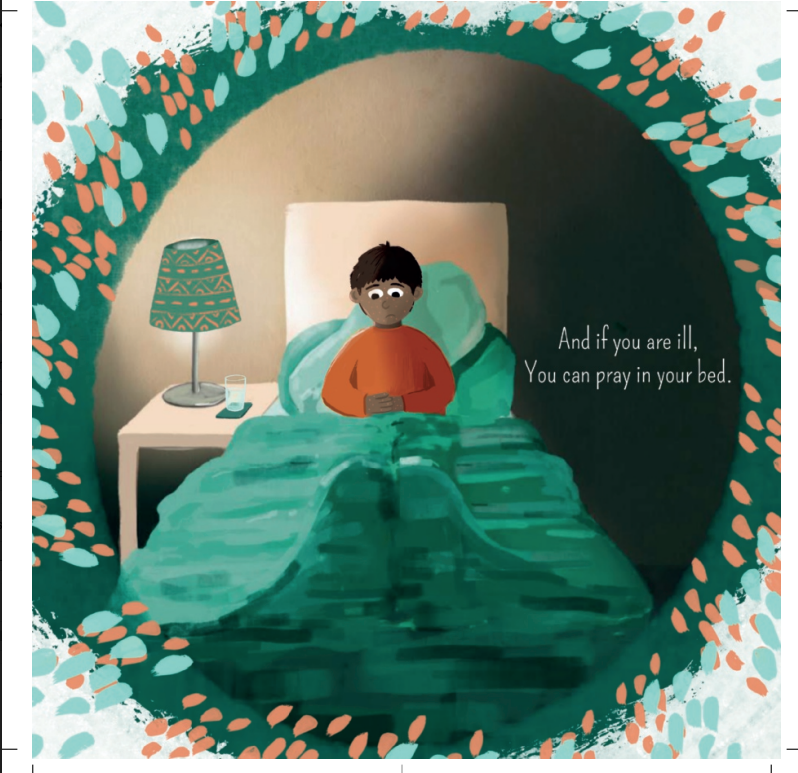 It then also turns to places you shouldn’t and can’t pray and sources a hadith about not praying where there are faces and statues that might distract you (Bukhari 374). The bathroom and graveyard are also included. 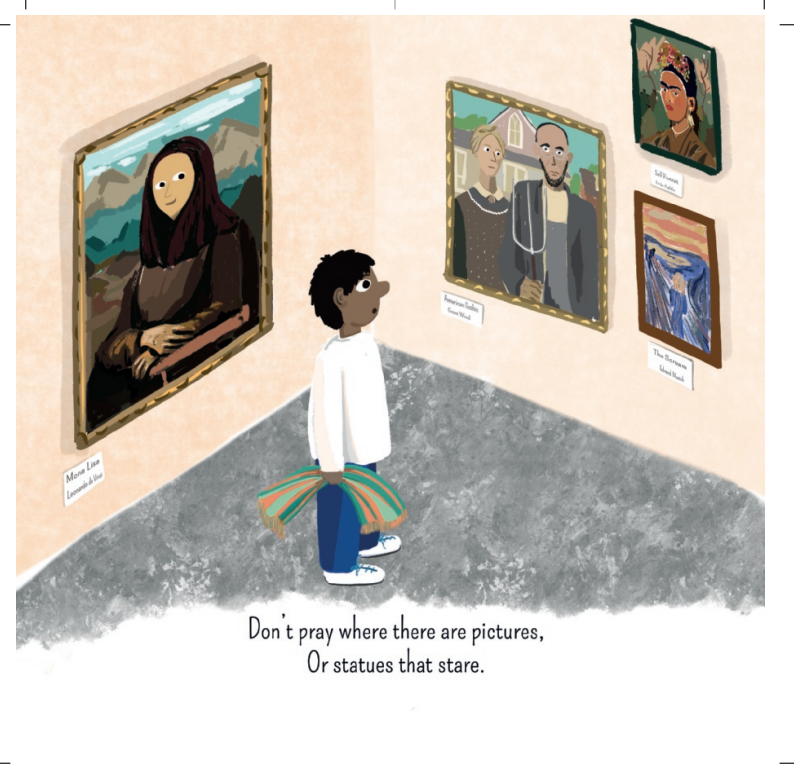 As an after thought, and for added laughs it reminds little readers to not pray in dangerous spots as well. 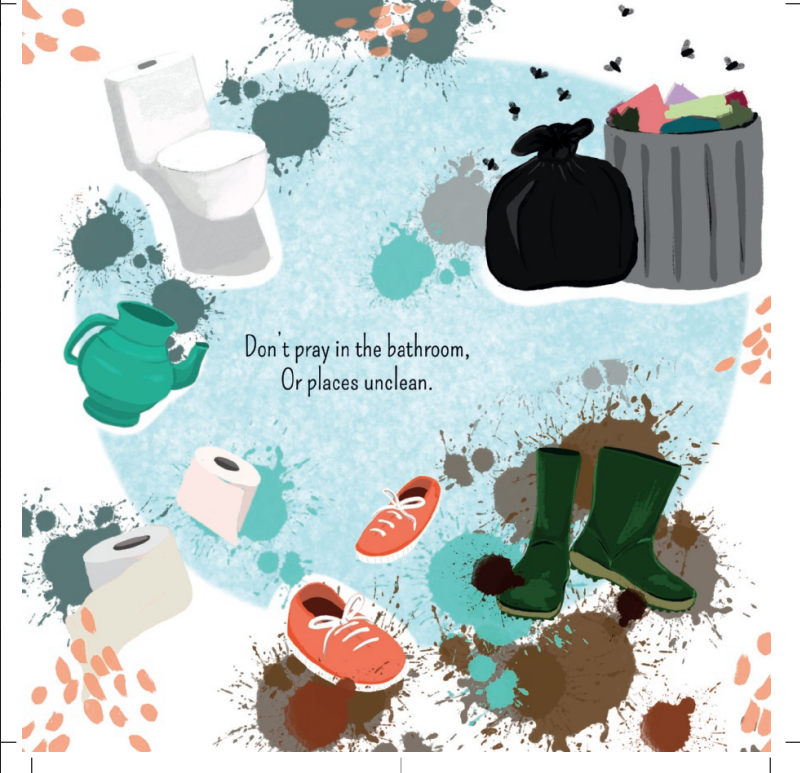 Overall, I enjoyed the book and can see it pairing with In My Mosque to help create the foundation of a storytime theme about prayer and mosques.  The fact that it takes it a step further and doesn’t just list all the places serious and crazy that you can pray, elevates the book from being mediocre to being memorable and I appreciate that.  I also appreciate the Islamic sourcing, truly something that is required to show accuracy even in the “simplest” of all books. 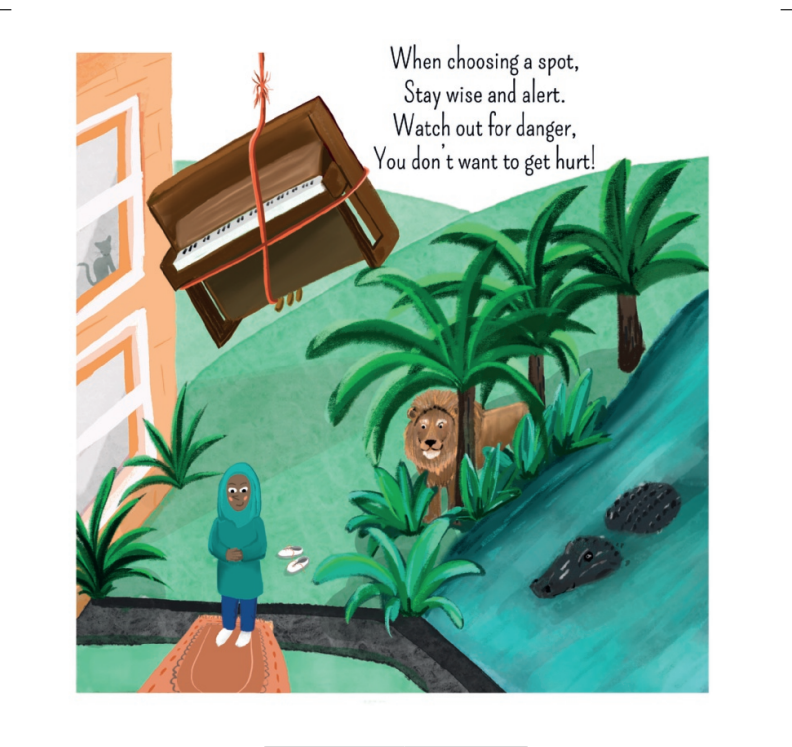