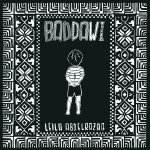 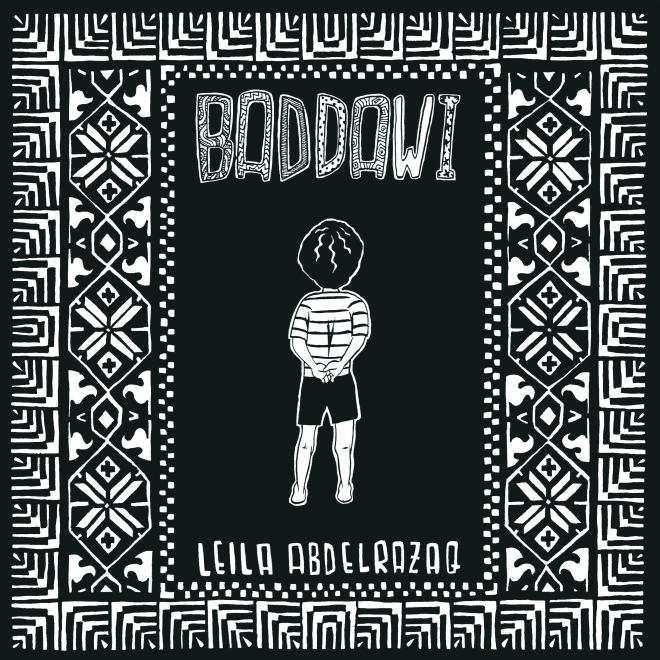 This 8.5 x 8.5 middle school graphic novel biography tells a powerful story of a young boy coming of age and striving to find his place in the chaos of the Nakba and its aftermath.  Over 128 pages the reader will learn and be outraged about the displacement and genocide of so many Palestinians as they see the events through Ahmad’s eyes and relate to his dreams and experiences despite the terror around him. The book has violence, destruction, death and mentions rape, yet the humanity shines through as it is also heartfelt and memorable.  I had my 14, 12, and 10 year olds read it and we have discussed it at length in context to what they already know about Palestine and the ethnic cleansing occurring.  It is a seamless mix of history and character driven narratives brought to life by the black and white illustrations of the author/illustrator’s family history.

There are 10 children in the author’s father’s family, and her father, Ahmad, was born in a refugee camp in northern Lebanon, called Baddawi.  The story starts on October 29, 1948 when Safsaf was ethnically cleansed.  Ahmad’s father, the author’s grandfather had been in Akka at the time of the massacre, and her grandmother hid from the Israeli soldiers, the family, once reunited, would escape for a refugee camp, hoping that they would one day return.

We first get to know Ahmad as he starts first grade in Baddawi.  Things do not start well for the little guy as right away he gets teased by other students, his class is too large so he is selected to be joined with a girls class, and he doesn’t have soccer cleats so he isn’t allowed to play soccer, luckily he gets two good crayons, unlike his friend who gets a white one.  Ahmad is identifiable by his striped shirt that he wears throughout as a nod to Handala, the boy depicted with a striped shirt with his hands clasped behind his back and his face not shown.  The artist said his face would be revealed when Palestine was free, sadly the artist, Naji al-Ali passed away, and Palestine is still occupied.

Ahmad desperate to purchase soccer cleats devises a business plan that his mother takes as gambling and quickly puts an end to, in exchange she offers to pay him if he helps her collect and prepare za’atar.  It isn’t as fun, or as lucrative, but they family is busy packing up to return to Palestine.  Unfortunately the Naksa, the setback, the six day war occurs, and more Palestinians are ethnically cleansed and the families cannot return. Ahmad and all those in Baddawi carry on, playing, celebrating Eid, trying to claim normalcy.  The camp however, is not safe and soldiers raid the camp killing PLO leaders and innocent people in their way.  With no option but to keep on keeping on, these acts of violence are often taken in stride. It is so hard to believe, but what else can they do, the children still play, deal with bullies, and cope with universal struggles in addition to being shot by rubber bullets, and fearing cluster bombs and shellings.  At one point Ahmad and his siblings are left in Baddawi to finish school while his parents are in Beirut.

When the family is reunited in Beirut, Ahmad is in a better school, but violence follows as Mossad agents start raiding PLO homes in Lebanon.  Ahmad goes back and forth between Beirut and Baddawi, wherever he can go to school.  His favorite library is the one at the American University in Beirut and he hopes to attend school there, but without connections, he is at a loss to come up with funding.  His intellect finally lands him an opportunity to leave the Middle East to pursue higher education, he ends up in the United States, and when the story ends, readers are left hoping that everything works out even knowing it will be 10 years before he can return home to see his family. 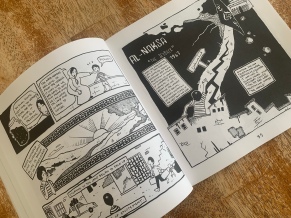 I love that the harsh horrific life is not shied away from in a war, but the little things are just as important in shaping and showing Palestinians to be resilient and culture rich.  I love how the concept of Handala is included and amplified.  The book is at times funny, and at other times devastating.  The connection to the characters is pretty remarkable, in such a relatively short book, and I am fairly confident it will be pulled off the shelf and thumbed through often.  I really wanted to know if the girl in the book that Ahmad left behind ended up being the author’s mother, or if he married someone else, but I couldn’t find it by Googling.  This book is truly powerful, and I highly recommend it.  There isn’t a lot of religion, the family is shown praying on Eid and celebrating.  It mentions the diversity in Beirut, but nothing too detailed.  Similarly, there isn’t a lot of political detail.  There is a glossary at the end, some actual photographs of Ahmad and his family.  At the beginning of the book there is a preface about Handala and how Ahmad represents more than just her father’s experience as well as information about the tatreez patterns on the pages and a map. 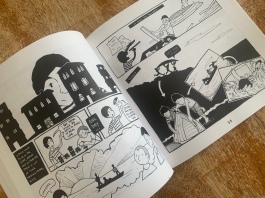 There is violence, torture, killing, death, bullying, and possibly gambling.  The book mentions that women were raped, but it isn’t detailed.  The war is ever present and depicted, but it isn’t sensationalized.  Ahmad and a girl study together and the family wants them to get married, but Ahmad opts instead to leave for school, nothing inappropriate. 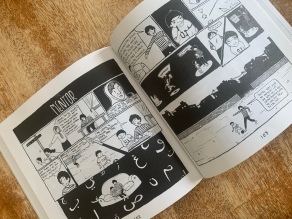 This book might not work as a book club selection, but I hope middle school children and their teachers or parents will encourage them to read this book and think about it.  Imagine if it was their homes that were taken, imagine what they would do, and how they would manage, and to be aware that it is still going on and that we cannot be silent.