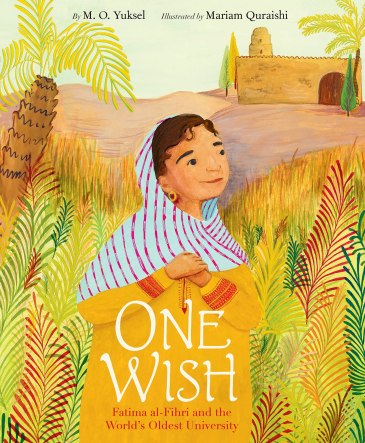 This book is so long overdue, yet at the same time it was worth the wait.  The writing is simply superb: Fatima al Fihri is celebrated, Islam is centered, there are references, and the story compelling.  We, Muslims, as a whole know so little about the beautiful impact fellow Muslims have had on the current world and our way of life, that to see this book being celebrated in public libraries, in Islamic schools, at masjids, and retail bookstores, truly makes you sit up a little straighter, and reach confidently to get this book in your hands to share with those around you.  Thank you Mindy (@moyuksel.author) for these 40 pages of absolute delight, ages 5 and up will read it to learn, read it again to enjoy, and inshaAllah read it repeatedly to be inspired.

The book begins with a Hadith regarding seeking knowledge and leaving knowledge behind.  It then begins the biography of Fatima as a small girl curious about the world around her starting with the word Iqra, read, from the Qur’an.  It sets the stage of her living in the desert in the early ninth century, a time where some boys went to school and some girls learned at home. Her connection to Islam and it teaching her the value of knowledge caused her wish, to build a school, to grow stronger.

When war destroys her town her family flees to the busy city of Fez, Morocco.  She begins to accompany her father to the souk and enjoys listening to talk of planets, distant lands and different languages and wishes these scholars could educate everyone. She grows and gets married and her and her family become wealthy merchants. 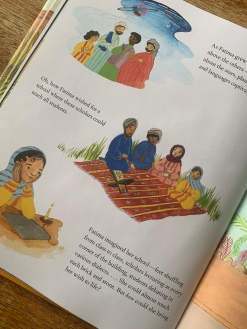 Tragically, her father and husband die, and Fatima must decide what to do next for her family.  She decides to help her community as a form of sadaqah jariyah and make her wish a reality.  She sets out to build a school where everyone can live and study for free.  She purchases land, and the building begins.  Fatima oversees each detail and names it the al-Qarawiyyin after her hometown in Tunisia.  It takes two years to build and it still functions today. 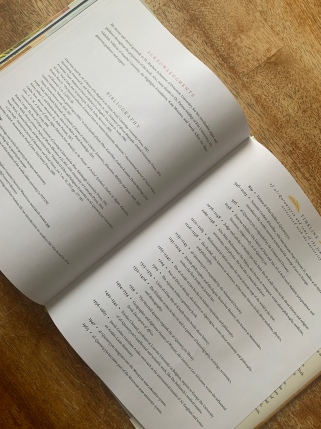 The back matter is just as compelling as the story with an Author’s Note, information on The University of Al-Qaryawiyyin, a Glossary, Bibliography, and a Timeline.  The only complaint I have about the book, are the illustrations.  I really don’t understand why half of her hair is showing when based on the time and her connection to her faith, she most likely was a niqabi.  I don’t understand the continuity of the hijab from a young child to adulthood.  I get that it shows her influence moving forward at the end, but it could have been a small print on an outfit for token representation of symbolism, I don’t get it as being a complete outfit her whole life.

I absolutely love the role of Islam in both Fatima’s life and in this book.  It is so much a part of her and her wish, that every reader will recognize how connected her faith and the creation of the University were and I’m confident both Muslim and non Muslim readers will be in awe of her devotion and accomplishments, inshaAllah.