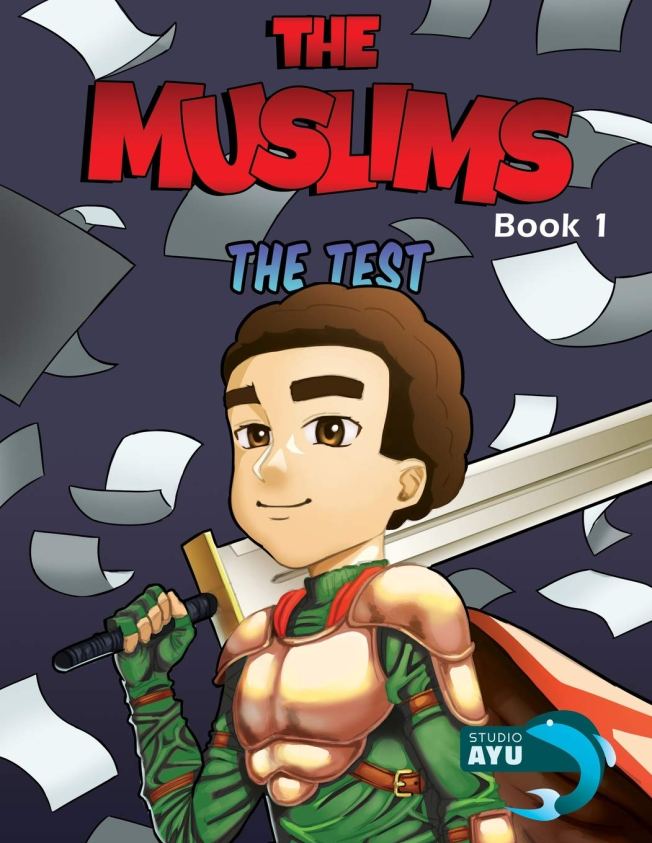 This is the first anime comic book in an eight book series aimed at early elementary readers.  Often books have lessons, this however, simply presents as an illustrated moral.  There is a situation that contains the lesson that one should always try their best for the sake of Allah swt and that is about it.  The knowledge isn’t tested a few additional times or in different situations, it is just 22 pages to illustrate the concept of doing things for the right reason, in this case studying after a failed test.  There isn’t anything wrong with the bright colorful book, the brother sister duo read authentic as they try and recall Islamic teachings, and get each other in trouble by accident, the diverse family is supportive and understanding, it just seems that it would apply to a specific lesson in a home or classroom and then sit on a shelf unasked for and not very memorable. 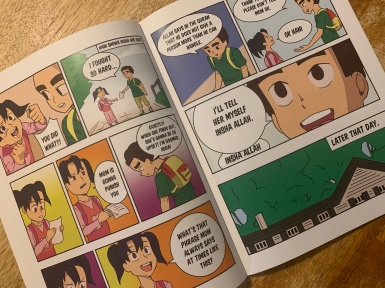 The book starts with seven year old Hani trying his best on a multiple choice test that he didn’t study for.  He battles the personified Quiz Monster to no avail and on the way home from school confesses all to his little sister, Huda.  She reassures him that Allah swt doesn’t give us more than we can handle and agrees to not tell their parents.  Hani plans to tell them himself, inshaAllah. 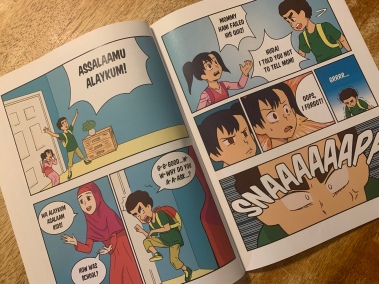 When they get home though, she slips, and spills the news to their mom.  Their dad comes home soon after and everyone knows.  The parents he imagines will turn into evil monsters themselves, but rather they laugh and remind him that he should have the intention of pleasing Allah swt in all things, so that he will assuredly never fail.  That if he makes that his goal, then he will inshaAllah find success.  Hani decides that he isn’t going to be careless in his studying and keeps focused.  He has a nightmare that he studies the wrong material, but alhumdulillah it is just a dream and he is ready, inshaAllah. 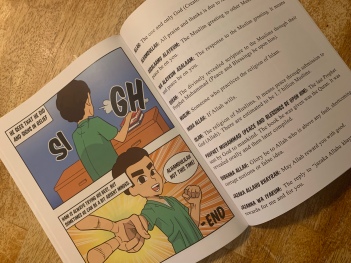 The Islamic lesson and the situational allegory isn’t super clear, and I feel some discussion will need to take place to connect all the dots and convey the lesson in a way to be succinct and memorable.  Had he maybe made dua or intention before he studied, then the message would have been put in to practice, not just something the father talked to him about.  It is admirable that Hani was honest, that he didn’t try and hide is score, which I wish would have been praised.  Additionally, a little resolution between the siblings to show all was forgiven would have been nice.  The mom wears hijab even in the home, and there is a glossary at the end as well.