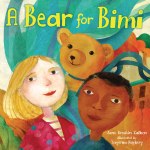 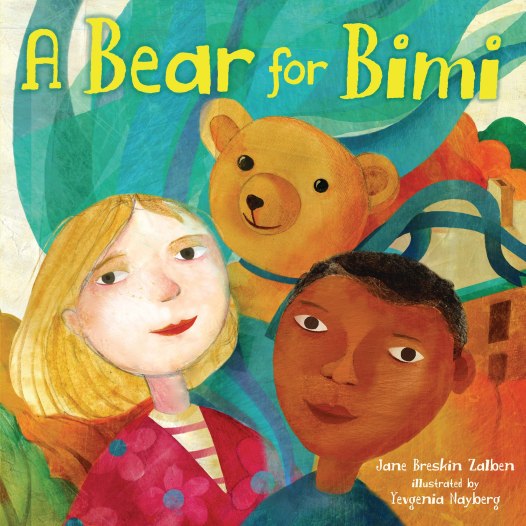 This 40 page picture book for preschool and up does a decent job of highlighting how many of us have immigrants in our family history who have relocated much like the immigrants today. The story focuses on Evie and her family welcoming a Muslim family to the neighborhood.  Some are excited to help, including a Muslim neighbor, others are not so welcoming.  The book shows some of the obstacles an immigrant might face, ways someone already established can help, and just how to be a good neighbor- all on a simple pre-schoolr to first grade level.  For little kids it is a good story to start a discussion, and for slightly older kids it is nice to see Islamic names in the text, smiling hijabis in the illustrations, and different characters to identify with. 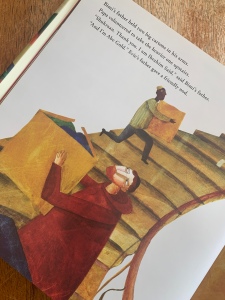 Evie’s parents tell her that a family from far away is moving in next door, she asks if they are coming like her grandparents did, and indeed they are.  When they arrive Evie runs out to introduce herself to Bimi. Evie’s parents help the Said family move in.  But one neighbor, Mrs. Monroe just glares out the window. 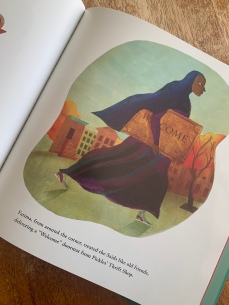 Bimi asks his parents about Mrs. Monroe and Evie asks hers.  Bimi’s parents tell him that some people are scared of people that seem different, and Evie’s parents wish Mrs. Monroe would remember what it was like when she first came to America. 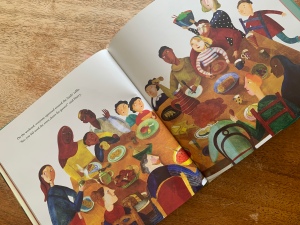 That night Evie has an idea to help furnish Bimi’s house.  The whole neighborhood helps out, including Fatima who lives around the corner.   After getting the apartment set up, they all share a meal, everyone that is, except Mrs. Monroe. 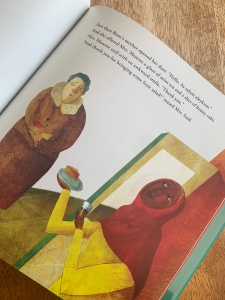 When the kids go out to play, Mrs. Monroe’s shopping bag spills, and Bimi helps her and Mrs. Said invites her in.  Later Evie gifts Bimi her teddy bear and Bimi gives Evie a stone from his grandma’s garden.  Evie asks him what he will name the bear, and when he says Evie, the reader knows the two are friends, and Bimi is “home.” 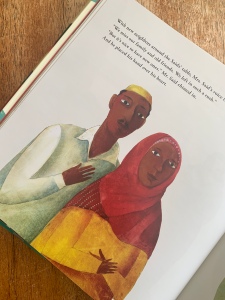 The book isn’t exciting, emotional, or particularly memorable, but there is value in it and I appreciate the Islamic representation. 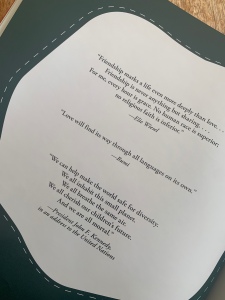