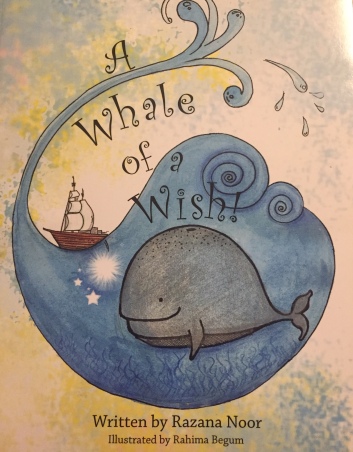 I’ve seen this book on Amazon countless times, and not really been interested in a Prophet story written in rhyme.  It seemed like it would be overly forced and  there’s enough slightly creepy songs out there trying to be clever in their retellings, that I never added it to my cart.  But, when Noura over at Crescent Moon Store convinced me to take a look and hooked me up, I trusted her, and am glad I was so terribly wrong. 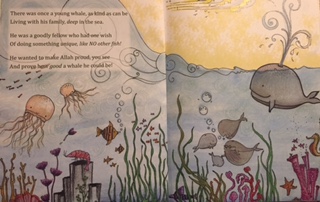 The story of Yunus (AS) is told from the whale’s perspective.  And shows how he always wanted to do something unique and swims around helping those in need.  He even befriends his foe, a giant squid. 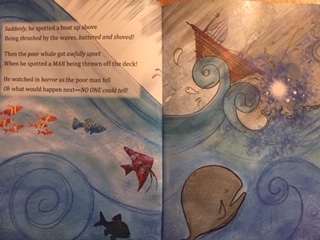 The whale listens to Prophet Yunus praying all day and night and feels blessed to be part of Allah’s big plan.  His dua is also included at the end in english and arabic and arabic transliteration. 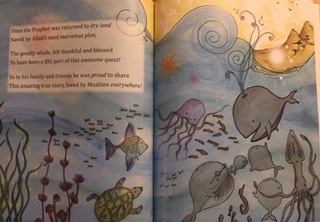 The 18 page book is 8×10 inches in size and the illustrations are sweet, soft, happy and well done.  Children two and up will enjoy the story, and while it is meant for Muslim children, I believe Christian and Jewish children will recognize the story and with some oversight would enjoy it too. 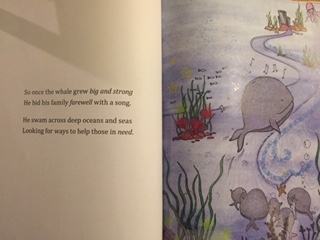 The rhyme is surprisingly not as forced as I feared.  On only one occasion the rhyme is a  stretch: squid, bit, but the meter is regular and flows easily making the story great for  story time and bedtime alike.