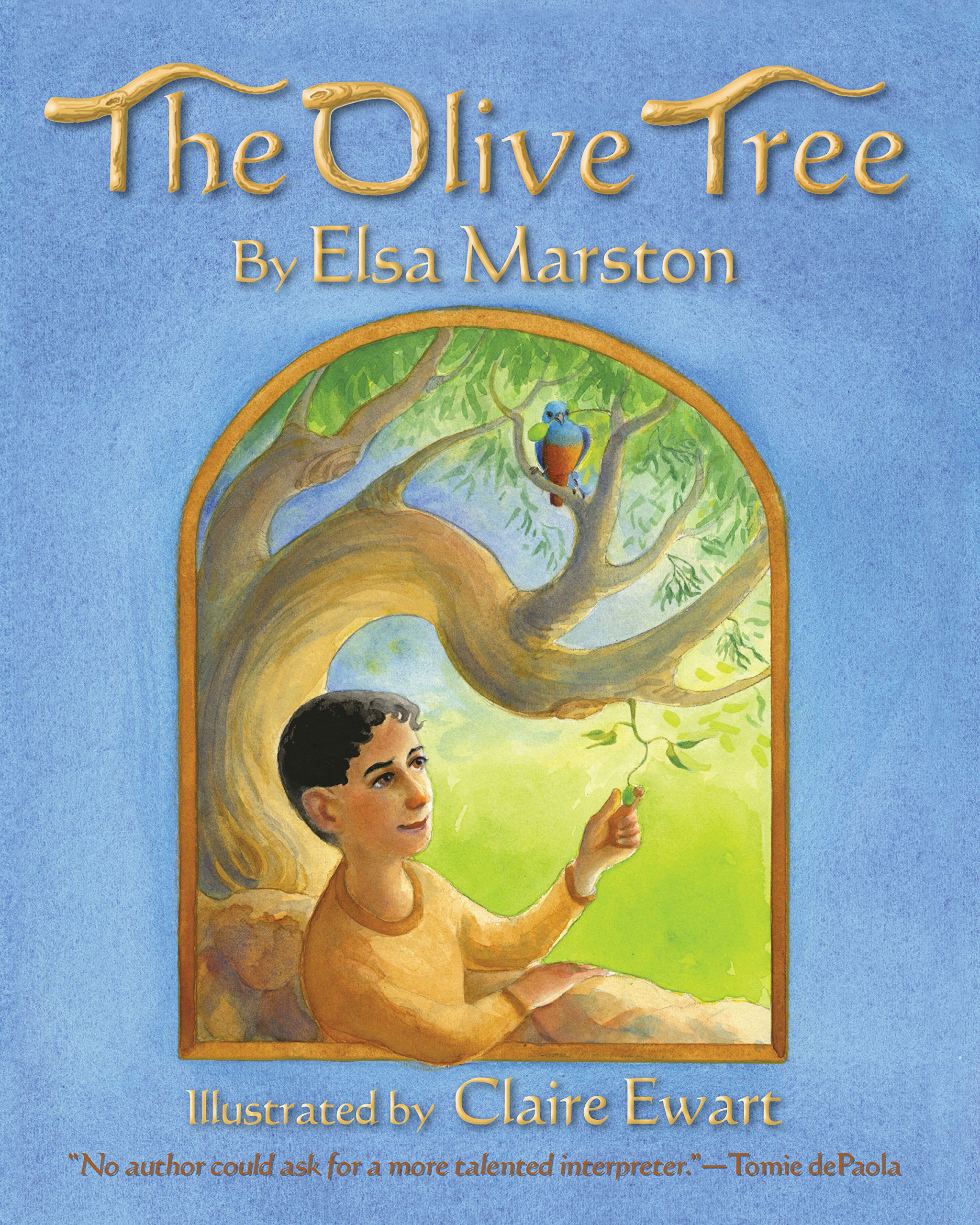 Set in Lebanon, this 32 page book for kindergarten to second graders uses the ever important olive tree as a point of contention between two neighbors. Muna’s family moved away during the conflict because they were not like the others in the village, and while they were gone, Sameer’s family cared for the olive tree on their neighbor’s property, and collected the olives that fell on their side of the wall. But now that the neighbors have returned, Sameer is not only disappointed that they don’t have a boy his age to play with, but also clashes with Muna when she says that he shouldn’t take their olives. By the end of the book, olive branches of peace will be referenced and hope hinted at in this brightly illustrated book with a lesson. 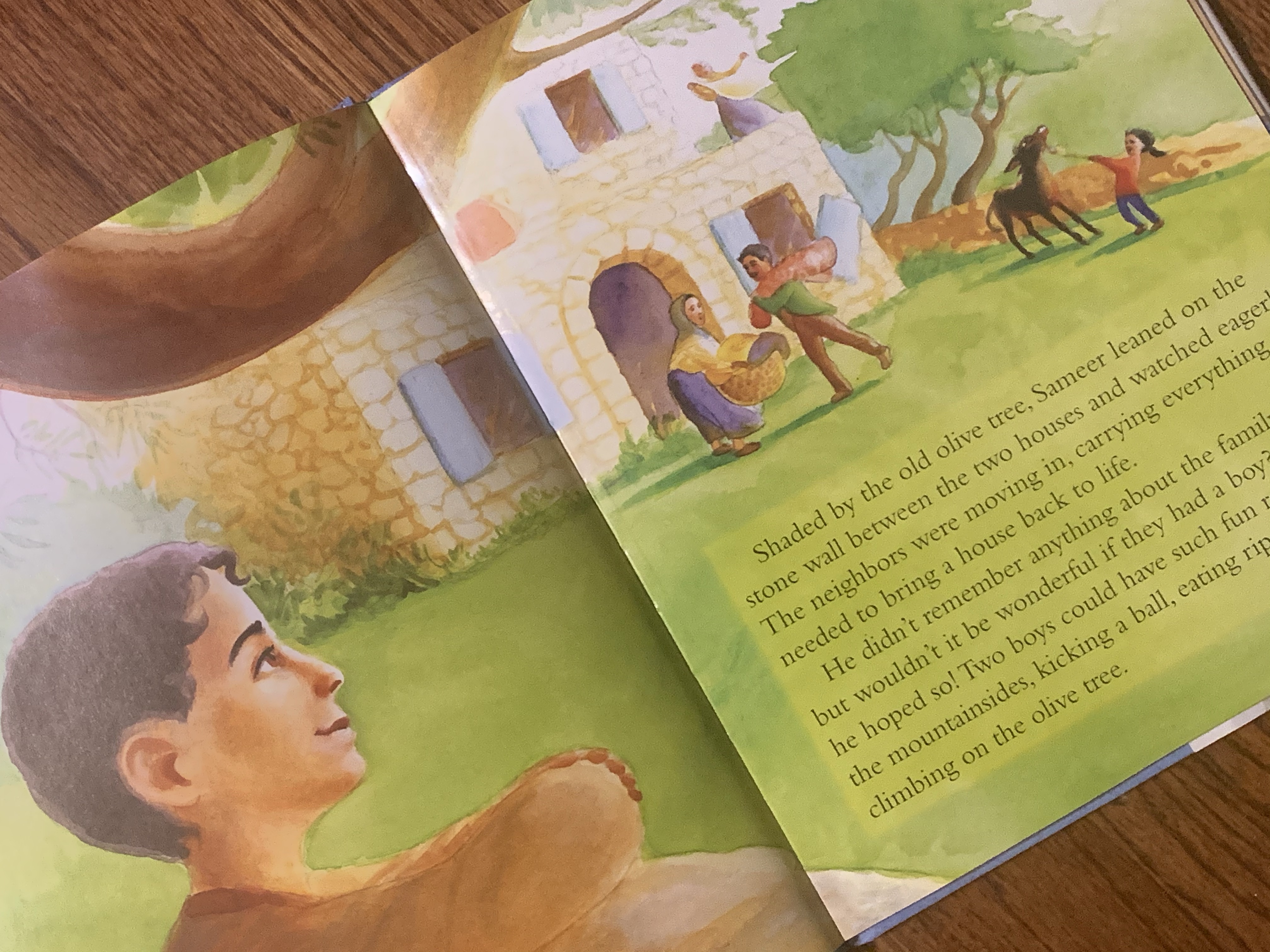 I like that why Muna’s family left is not abundantly clear, saying that “For many years the house next to Sameer’s had stood empty. . . that the family who lived there had gone away during the troubles because they were different from most of the people int he village.”  Lebanon is a diverse place and the illustrations seem to show both Mom’s wearing head scarves, the text does not detail if they are unlike each other because of religion, or culture, or some other reason, and I kind of like that it is left vague so that children learn in the end perhaps, it doesn’t matter.

When the family moves back home, Sameer watches them and recalls the ways his mom prepares the best olives in Lebanon.  The neighbors are polite, but not friendly.  They don’t ever say much and they don’t return visits.  One day when the ripe olives have fallen on the ground, Sameer heads out with his basket to collect them.   Muna, who has never looked over at Sameer, watches him and tells him that they are her olives, and that the tree has been in her family for a hundred years.

The two bicker about who has rights to the olives on Sameer’s side of the wall and in anger, Sameer dumps his basket of olives on Muna’s side and walks off.  After that, no one on Sameer’s side collects the olives on the ground.  One night there is a storm and the olive tree and part of the stone wall are destroyed.  The adults gather to survey the damage, but walk off without saying anything.  The two children are left to decide what to do next about their beloved tree, and their relationship with one another.

I like that the resolution is subtle, but thought provoking and that the adults don’t seem to interfere too much.  I can’t imagine that they don’t have opinions about their neighbors and the olives, but the book stays on the children and the assumptions, stubbornness, and unsaid words that have created such a divide, and must ultimately be resolved as a result.