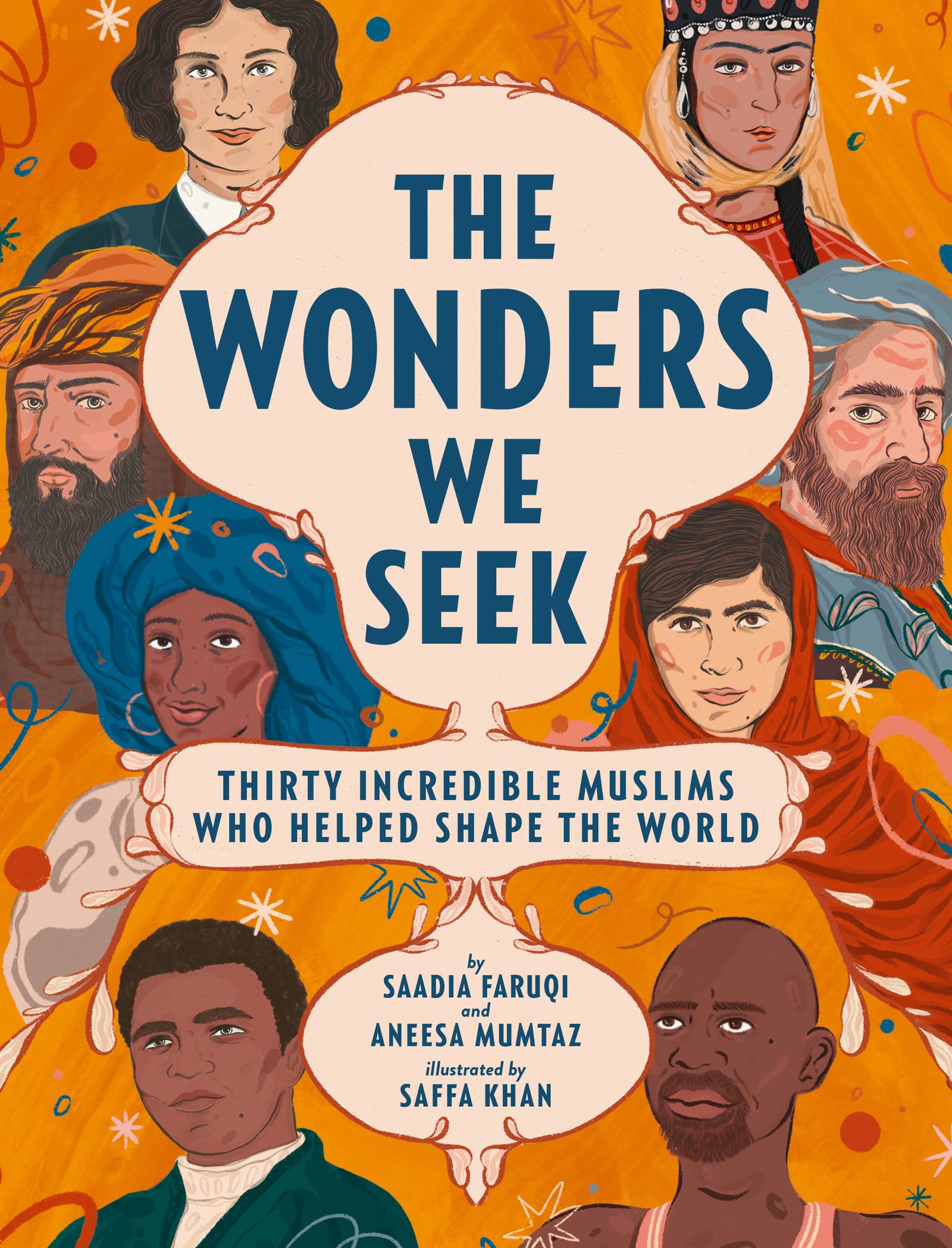 I’ve noted over the years how much I want to love these type of collections, but ultimately I just don’t.  The reason I gave this one a try was quite simply the reassuring introduction.  The book immediately detailed the checklist required to make it into the book, the criteria required, and acknowledged the limitations that the book overall, and personalities included, would have in the presentation. There are sources at the end for each of the 30 people included as well.  Unlike most books in the genre, this book got out in front of my most common complaints: the lack of transparency for how the people were selected, where the primary source information was obtained from, how the order is organized, and the Eurocentric and pop culture framing that is both pandering and renders the book cumbersome a few years after it is published.  For the most part, this book is the best I’ve seen yet, but that isn’t to say I loved it.  While the requirements to be included were made apparent, there is still a lot of opinionated statements about how “religious” or “conservative” or “devout” or “mainstream” or “strict” a person is or was, that rubbed me the wrong way.  Also knowing that the person had to identify as Muslim to be eligible seems like a black and white issue, but a few of the personalities are very controversial (some noted and some not), and I am not an expert at all.  One of the problems with books like this is they present as non fiction, and no matter the transparency, just the mere fact of who is included and who is not is a judgement call and wrought with bias.  It is nice to thumb through, but I don’t know that it would get repeated use, or that it could really be used as a reference.  It is informative and I recognize that I went in to it very skeptical, but only a few text passages connected faith to the person’s accomplishments, and so while they identify as Muslim, it doesn’t necessarily radiate pride or admiration for Muslims as a whole.  For better or worse, if anything, it made me want to conduct my own research on many that were featured. 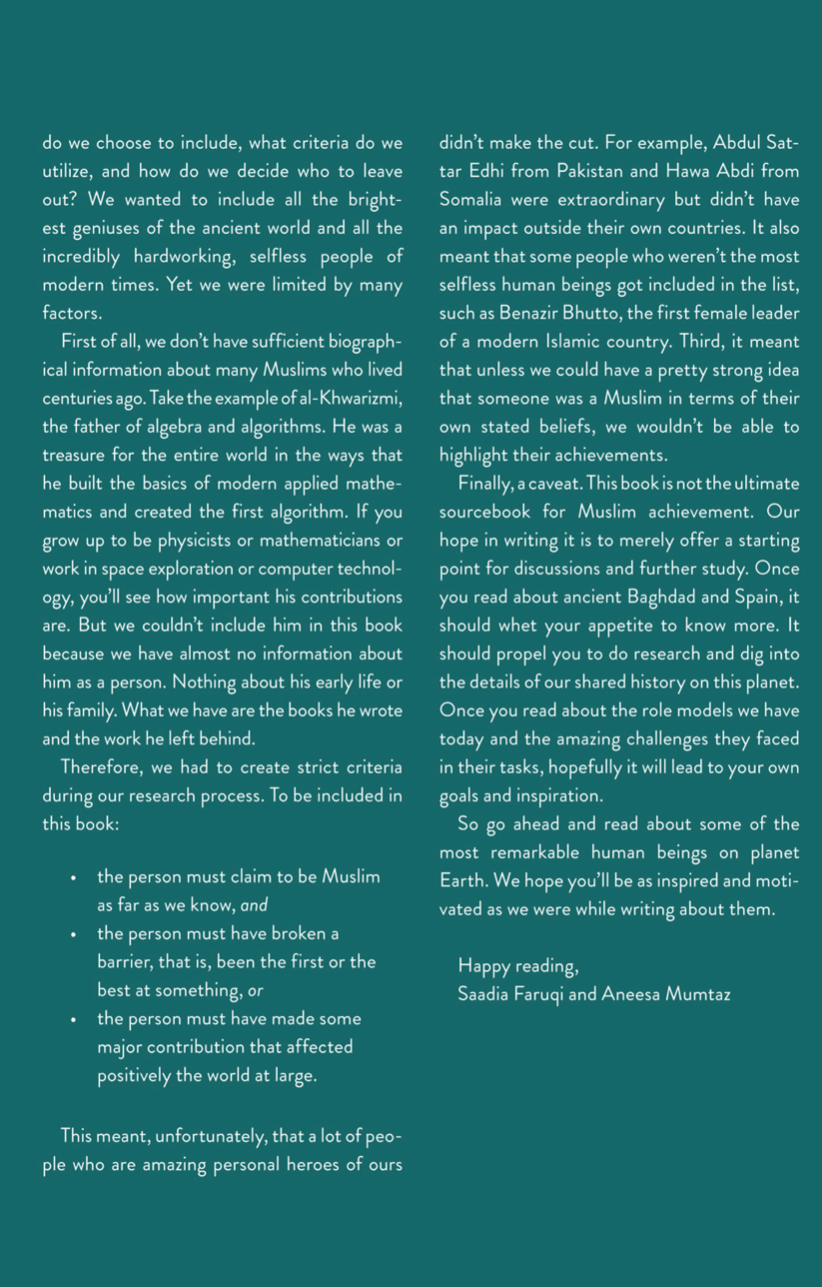 The 30 included in the book:

A few I was concerned by, which made me question the ones that I learned something new about. Clearly there are reasons that I shy away from non-fiction.  I wish the book would have had Muslim beta readers, I am willing to assume that it did not.  Take for example the section on Saladin, I absolutely get why his name is shown as both Saladin and Salah al-Din, the book is in English presumably for western readers and that is how he is known.  But why when it says that his real name is Yusuf, is Joseph in the parenthesis? No one else’s names in the book are given the English equivalents of their Arabic or Persian or other native language. Similarly so few tied back to Islam or an Islamic perspective being credited for having a role in their noteworthy accomplishments.  Even Muhammad Yunus when it discusses how interest was not a part of the micro loan process- it didn’t add even one more sentence explaining that interest is not allowed in Islam, why leave that out? 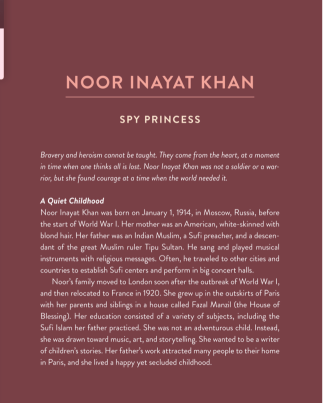 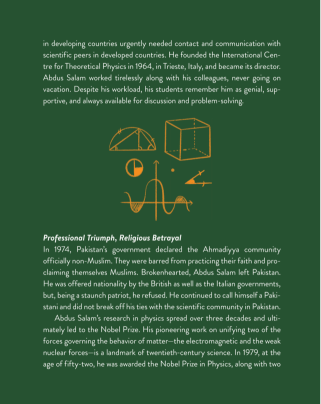 I liked that the parameters required that the person was influential more globally than just to their own country, but Rebiya Kadeer seemed to be more localized in her work with Muslims in China even when she moved out of China, blurring the rigid standards of who was to be included and who was to be left out. 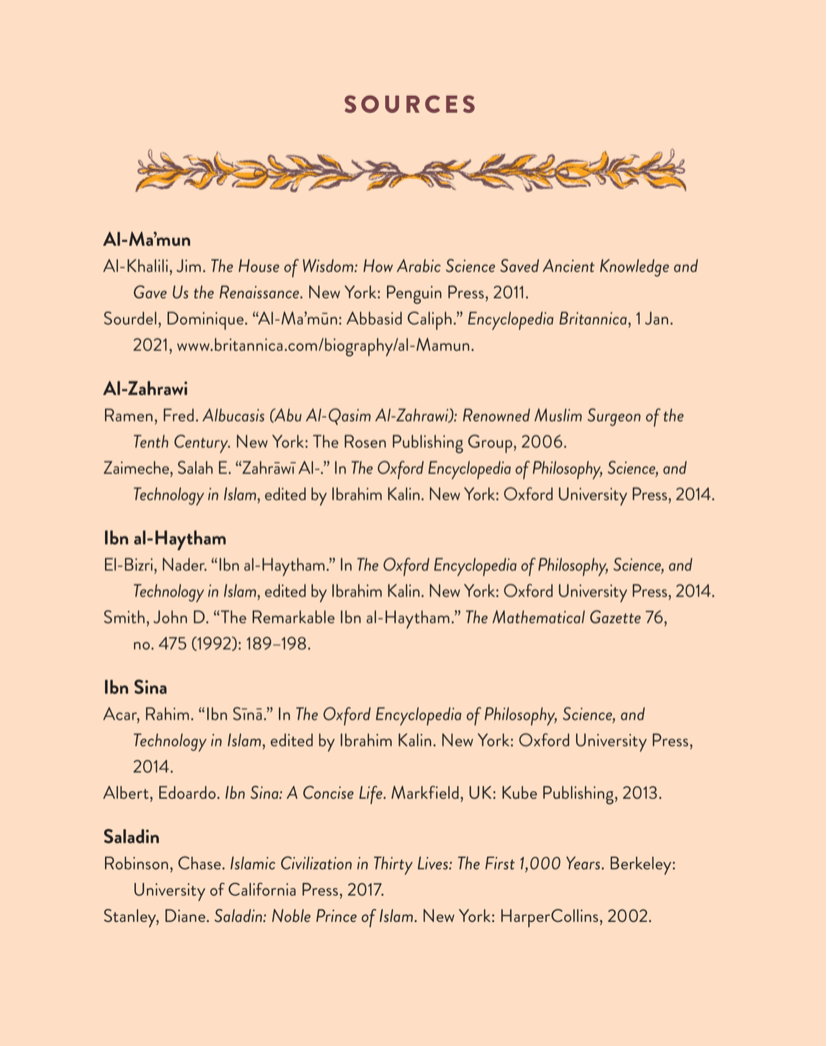 I do like that it mentions Rumi’s religion is often conveniently ignored as the west has made him a hero and chosen to forget his faith.  Similarly, I like that it tries to correct when Ibn Battuta is called the Marco Polo of Islam, for in reality Marco Polo was the Ibn Battuta of Europe.  And I appreciated that Benazir Bhutto was noted as being controversial and not well liked.

If this type of book appeals to you, you can purchase it here.